The BioLink company was established in 2006 on the basis of the SB RAMS and the Faculty of Medicine of NSU. The company specializes in the development and implementation of modern molecular diagnostics methods, production of reagents for DNA diagnostics. 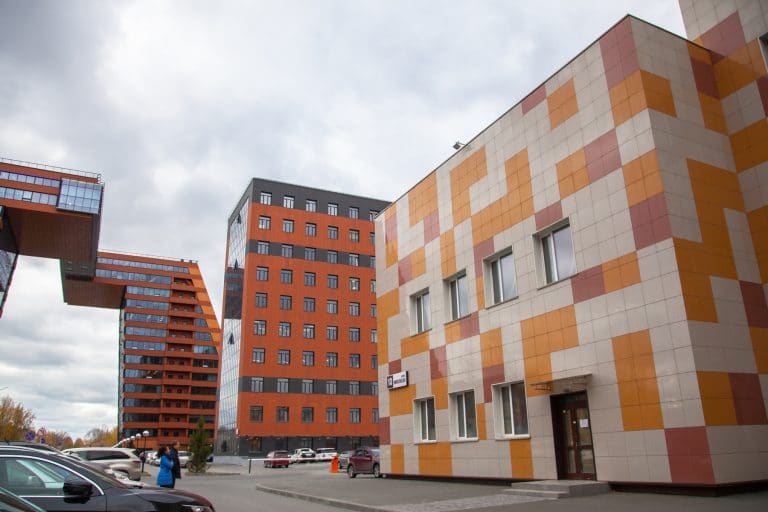 Since 2012, BioLink has started producing kits for molecular genetic diagnostics in oncology. These were the first sets of reagents in Russia that allowed laboratories of cancer centers to identify hereditary forms of breast cancer and, based on the genetic characteristics of the tumor, choose the most effective drugs for the treatment of each patient.

The company's desire not only to help in the treatment of cancer patients, but also to carry out early diagnosis formed the basis for the development of Russia's first unique test system for detecting tumors of the colon and rectum at an early stage by blood analysis.

By analyzing the tumor DNA circulating in the blood, scientists have learned to "catch" the genetic "traces" of the tumor in the patient's blood even before the onset of symptoms of the disease. Using this test system can save thousands of human lives. In the meantime, the company's specialists are ready to start clinical trials, which will be held in Novosibirsk, Tomsk and Moscow.

"More than 40 oncological institutions in Russia cooperate with our company, but we chose cancer centers in these three cities to conduct clinical trials of the new test system," says Sergey Kovalenko, Doctor of Biological Sciences, Director of Science at BioLink LLC. — Volunteers over the age of 50 will take part in the tests. This age group is most susceptible to the development of oncopathology of the colon and rectum. Early diagnosis is one of the most effective approaches to avoid serious consequences in oncological diseases.

After the end of clinical trials and receipt of a package of documents, the diagnostic test system will be delivered to oncological dispensaries and private clinics in Russia. How widely such diagnostics will be used depends largely on the desire of patients to protect themselves from the insidious disease — the desire to catch cancer at an early stage.

A few years ago, using the company's tests to detect hereditary forms of cancer, a large-scale program was carried out to identify residents of the Novosibirsk Region predisposed to oncological diseases. As a result of the conducted studies, patients with tumors only a few millimeters in size were identified among the residents of the region without any clinical symptoms. The tumors were quickly and minimally removed at the Novosibirsk Oncological Dispensary. All patients received a "ticket" to a healthy, long and happy life.

The choice of treatment, the identification of hereditary forms of cancer, the diagnosis of oncological diseases by circulating blood DNA are the current directions of the company. And is it possible to reduce the number of oncological diseases at least in some separate groups even before the appearance of a tumor? This unexpected and very serious issue is already being discussed by the company's researchers. Indeed, the company has developed and is actively putting into practice the first systems in Russia for the genetic diagnosis of single cells — such diagnostics are in demand during IVF procedures, when the very first stages of a child's development take place "in vitro". So far, the analysis will only reveal significant genetic changes (for example, "extra" chromosomes). However, researchers have already managed to demonstrate that mutations associated with hereditary forms of cancer can be detected at the level of single cells, i.e. it is already possible to select only such cells for obtaining an embryo that are free from the "genetic burden" of parents. With IVF procedures, such diagnostics and "liberation from the genetic burden" become a reality, which means that there is a unique opportunity not to transmit hereditary forms of cancer to your child.