Four important discoveries in medicine made in the past year

In 2021, the fight against the coronavirus did not subside: scientists continued to look for ways to stop the pandemic. Although 2020 should be considered the breakthrough year of the fight against COVID-19, when the first vaccines appeared, in 2021 there were also developments that need to be highlighted, we will talk about them in the last chapter of our material. Now we will tell you about other discoveries in medicine made in the past year. In our opinion, these achievements deserve to be talked about.

In April 2021, in the journal Cell, scientists published a paper in which they reported on the creation of hybrid chimeric embryos of humans and macaques.

Biologists took 132 macaque embryos and injected them with embryonic human cells, which they improved in advance with the help of new technology. On the seventh day of the experiment, human cells took root in the embryos of monkeys. Scientists have brought chimeric embryos to the 20th day of development in vitro ("in vitro"), this is longer than in previous similar experiments. 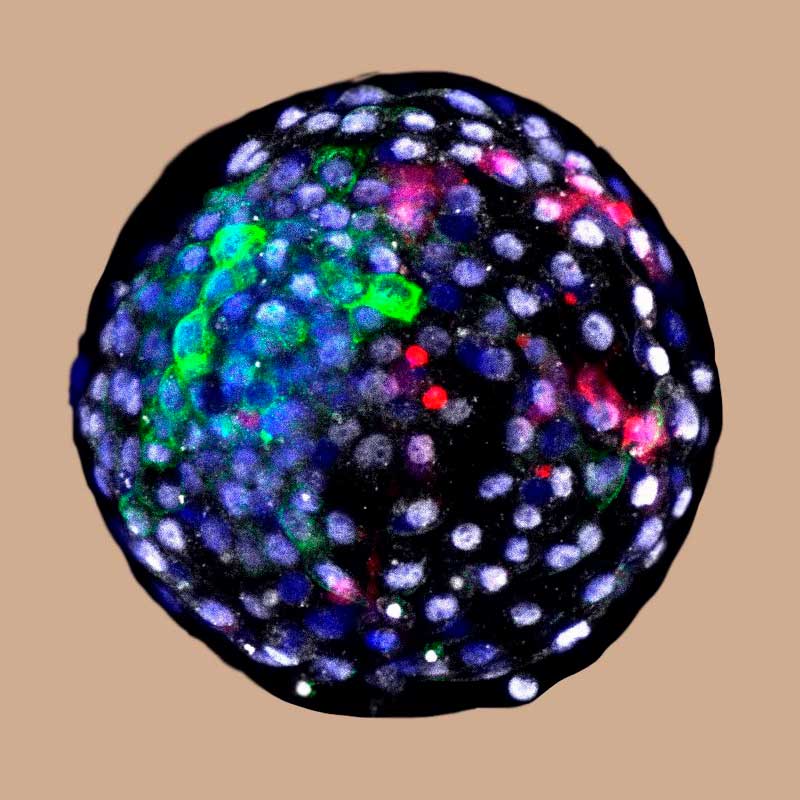 Such studies are conducted for two main reasons:

"We are trying to create a model that will allow us to study human biology and the development of diseases in more detail, without resorting to experiments on living organisms," the authors of the study explain.

In previous experiments with chimeric embryos of humans and monkeys, human cells did not take root well — either stopped developing quickly or died immediately.

In the future, the authors of the study will try to find out whether it is possible to make chimeric embryos more viable, and will try to teach human cells to survive better inside these embryos.

CRISPR/Cas9 technology was first tested intravenously CRISPR/Cas9 is a technology that makes changes to the genome of humans and other higher organisms; it can be used to "cut" genes with errors from DNA and "insert" missing genes.

Usually CRISPR is used to make changes to blood cells isolated from the patient's body, for example, to make them produce the “right” hemoglobin. These cells are “edited" in the laboratory, and then returned back to the bloodstream. Such manipulations take a lot of time, make the procedure itself very expensive and create discomfort for patients.

In 2021, scientists said that for the first time in history they managed to conduct CRISPR therapy inside the body, intravenously. This method of treatment was tested on six patients suffering from a rare hereditary liver disease — transtiretin amyloidosis. The disease is caused by a mutation in the gene responsible for the synthesis of the transtiretin transport protein, as a result, the protein begins to accumulate in vital organs. Using CRISPR therapy, scientists performed genetic editing of liver cells. A month after the start of the procedure, the concentration of transthyretin in the blood of patients significantly decreased, and they themselves did not experience any serious side effects.

One step closer to the treatment of blindness

At the beginning of 2021, scientists from Singapore talked about a new method of treating blindness caused by damage to the retinal pigment epithelium. Experts suggested treating it with the help of donor eyes, namely using retinal stem cells of deceased people transplanted to a macaque Researchers tested their method on primates: they transplanted retinal stem cells from two deceased elderly people to nine macaques. The experiment was conducted on healthy monkeys, scientists needed to understand whether such an operation was even possible. It turned out that the cells take root well after such a procedure, no serious side effects were observed in macaques. In addition, the transplanted cells were able to take over the functions of the retinal pigment epithelium of monkeys.

Now experts want to test their treatment on blind primates. If this method shows good results and scientists realize that it is safe for humans, preclinical human trials may begin.

The first Mosquirix malaria vaccine — a vaccine that the pharmaceutical company GlaxoSmithKline has been developing for decades. It forces the body to produce an immune response to Plasmoduim falciparum, one of the deadly parasites that cause the infectious disease malaria. According to The Guardian, during trials conducted in Burkina Faso, the vaccine showed 77% effectiveness in the first 12 months after injection, and against severe malaria — 50%.

In 2021, WHO recommended Mosquirix for mass use among children in African countries. This is the most reliable protection against malaria so far.

Malaria remains one of the leading causes of childhood morbidity and mortality in sub-Saharan Africa. Every year, more than 260 thousand African children under the age of 5 die from it.

Post Scriptum
We will also touch on some successes in the fight against COVID-19, although 2020, when the first vaccines appeared, should still be considered a breakthrough in this regard.
In the outgoing year, 14 drugs from COVID-19 and almost 100 systems for its diagnosis were registered, including at home. In Russia, a drug for the treatment of COVID-19 appeared in the form of injections — "Areplivir", before that it existed only in the form of tablets. Scientists have put into circulation a single-component vaccine "Sputnik Lite" and a vaccine "KoviVak". Sputnik Lite is the first component of Sputnik V designed for revaccination. Its efficiency is about 80%. A vaccine for adolescents from 12 to 17 years of age "Sputnik M" has also been registered. This is an analogue of the Sputnik V vaccine, diluted 5 times, they will be vaccinated in teenagers in Russia in the near future.