Linear cellular structures for bone engineeringModeling the complex hierarchical structure of natural bone tissue without the use of additional matrices and templates is one of the key problems of modern bone engineering.

A possible way to solve it can be the self-organization of cells, for example, under the influence of an external magnetic field.

As a driving force guiding the self-organization of cells in the right direction, American scientists used biologically compatible iron oxide Fe 3 O 4 nanoparticles with a size of 10-20 nm suspended in solution. For better interaction with cells, the protein albumin (bovine serum albumin, BSA) was added to the suspension, which covered the iron oxide particles with a thin shell.

Under the action of a constant magnetic field at 100 E, the cells were rearranged into linear chains, the direction of which depended on the orientation of the lines of force. At the same time, the cells stuck together, so after removing the external field and removing the magnetic particles, their linear structure was preserved. 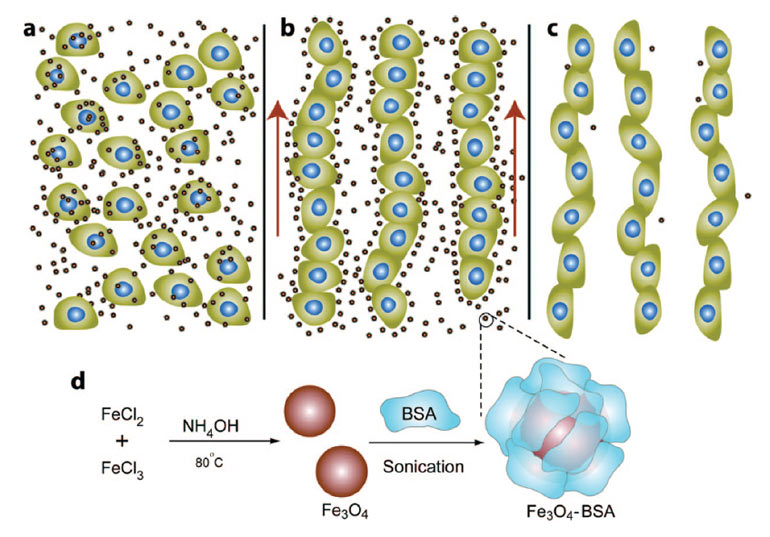 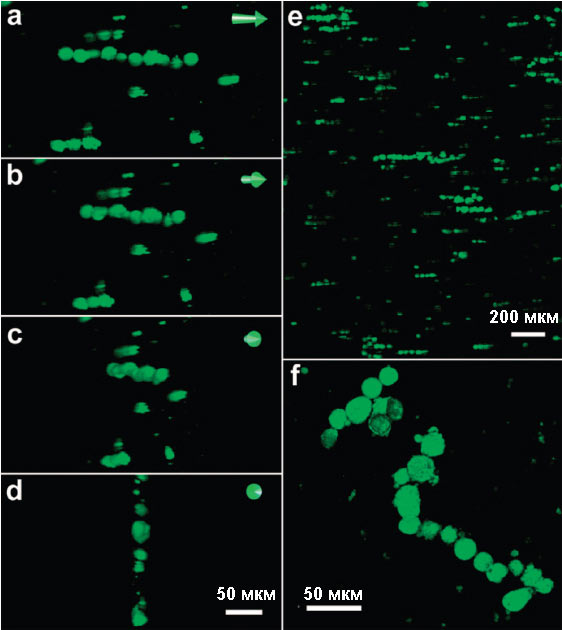 After removing the external field, the cells retain the chain structure (f). The images were taken using an inversion confocal microscope, the cells were tinted before the experiment.Studies of the kinetics of self-ordering have shown that the experimental data are in good agreement with the model of colloidal aggregation.

Thus, the length of the cell chains in the solution can be controlled by changing the duration of the magnetic effect. 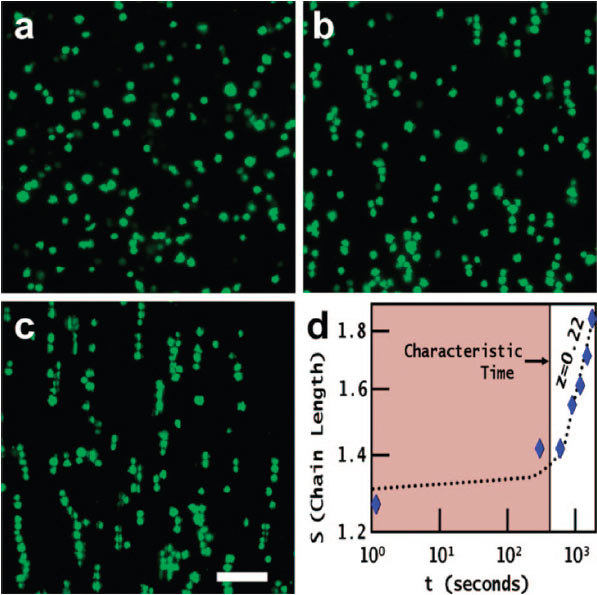 Kinetics of cell chain formation. The initial suspension in the absence of magnetic action (a); 1 second after the application of the field, cells form clusters (b), and after 5 minutes linear chains (c) are clearly visible. On the graph, the dependence of the length of the chains on time (blue diamonds) is well described by the colloidal aggregation model (dotted line).It was also noticed that at low concentrations of magnetic particles in the suspension, the formation of chains does not occur due to an increase in adhesion between cells.

The proposed technology is quite cheap and easy to implement, which predicts a bright future for it. In the future, the authors plan to create three-dimensional cellular arrays with its help.

The work "Formation of Ordered Cellular Structures in Suspension via Label-Free Negative Magnetophoresis" is published in the journal NanoLetters.