Przewalski's horse, which died 22 years ago, was cloned in the USA

In the USA, Przewalski's horse was cloned, which died in 1998. This is reported on the website of the company Revive & Restore, which is engaged in the preservation and restoration of the genetic data of endangered animals.

During this time, tissue samples of the deceased horse were stored in the freezer.

The foal named Kurt, who was named after pathologist and geneticist Kurt Benirschke, was born on August 6 at the San Diego Zoo in California. 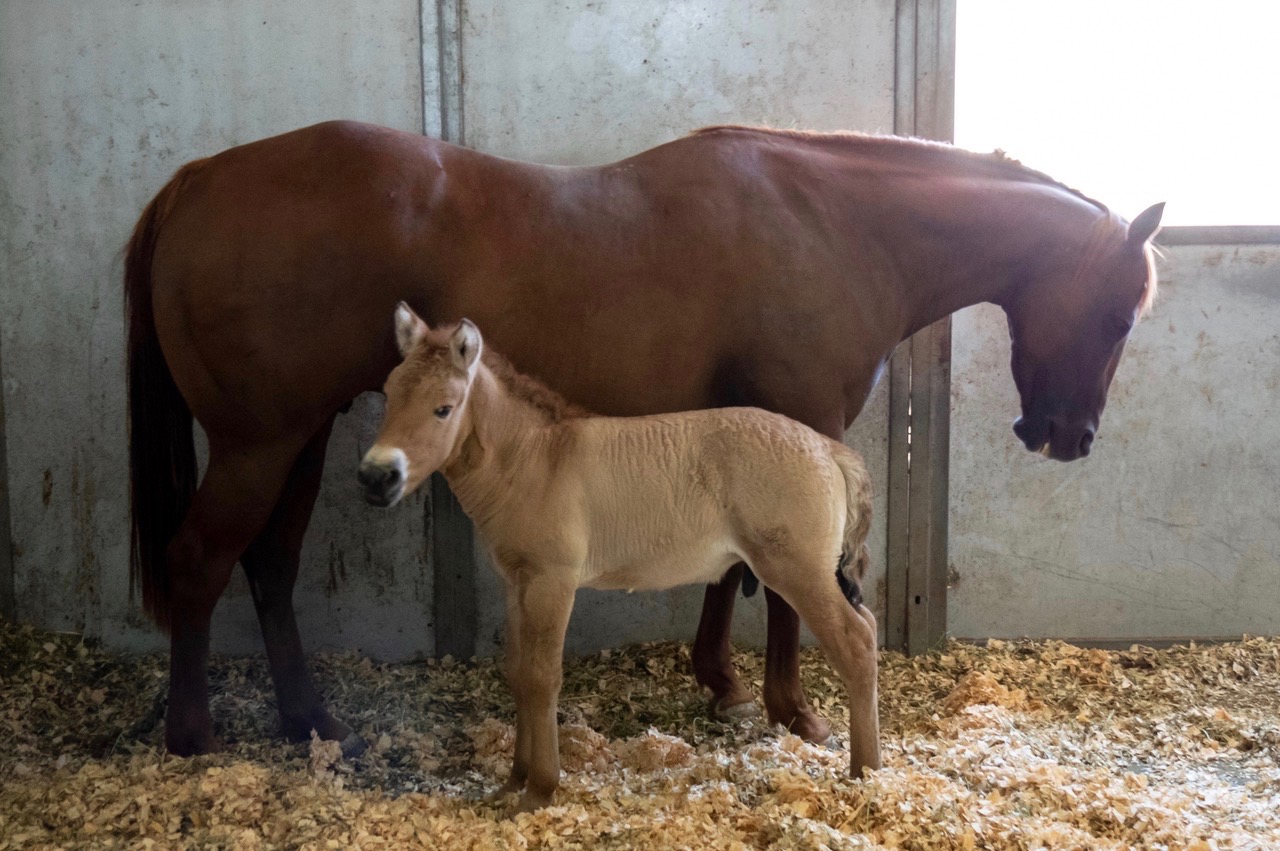 Revive & Restore, together with ViaGen, restored cells frozen in 1980. "These were the cages of a stallion born in 1975 in the UK, which was brought to the USA in 1978. He lived until 1998. The stallion was registered under the breeding number 615 (SB615) and was known in the zoo as Kuporovich," the organization notes.

The Przewalski horse population passed through a bottleneck, or a genetic bottleneck, in the early 1990s. Today's horses of this breed, which now number about 2 thousand individuals, are descendants of 12 individuals saved from extinction in those years.

Such genetic bottlenecks can lead to inbreeding – the crossing of closely related forms within the same population and the subsequent loss of physical fitness by individuals.

American biologist Ben Novak wrote on his Twitter page that this is the first cloning of Przewalski's horse in the last 17 years and that this is a scientific breakthrough.

In August 2019, the media reported that the Chinese company Sinogene is going to start mass sale of cloned cats. The decision was made after the successful reproduction of the first genetic copy of the animal – a kitten named Garlic. It will be possible to reproduce a copy of your favorite pet for 250 thousand yuan ($ 35.4 thousand at the current exchange rate).

It was noted that the company already sells cloned puppies, it takes from six to 10 months to create one copy.