Alzheimer's disease: the hunt for genes

When Genes drive you crazyMarina Muravyeva, STRF.ru
A drug that would cure patients of Alzheimer's disease, and not only improve their condition, has not yet been created.

There is also no effective technology for rapid diagnosis of the disease. Russian scientists under the leadership of leading geneticist Evgeny Rogaev are trying to apply new approaches to solving these problems. 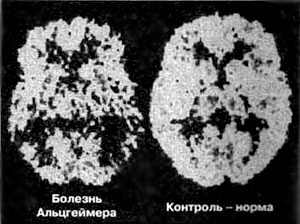 Alzheimer's disease is a real disaster of our time, this disease is in fourth place among the natural causes of death. And if in Russia the scale of the problem is still underestimated (there are not even approximate statistics of patients), then in European countries it is given the closest attention. By the age of 60, pathology occurs in 3-6 percent of people, and by the age of 80 in 25-30 percent. There is also an early form of the disease, which manifests itself at the age of 30 to 50 years. Even a 25-year-old patient with senile dementia is known. Among the first symptoms of the disease is forgetting recent events or the inability to perform habitual actions, for example, to dress yourself. The disease is steadily progressing: a person loses memory, the ability to think logically, emotional stability.

Genetic or social factors determine the development of Alzheimer's disease – for a long time scientists could not give an unambiguous answer to this question. 14 years ago, Evgeny Rogaev, together with colleagues from Canada, for the first time in the world managed to detect special genes responsible for the development of this disease. The results of the research were published in the journal "Nature": over the years since the discovery, this work remains the most cited in the field of neuroscience. Today, Professor Rogaev directs three laboratories – at the Scientific Center for Mental Health of the Russian Academy of Sciences, the N.I.Vavilov Institute of General Genetics of the Russian Academy of Sciences and at the Massachusetts Institute of Technology (MIT).

The Hunt for GenesThe discovery was preceded by many years of work on the development of approaches to the search for disease genes, begun by Evgeny Rogaev back in the mid-1980s.

The research was carried out with the support of the RFBR, Rosnauki, and foreign organizations. First of all, a technology was developed that allows to accurately determine the location of the desired genes in the chromosome – later it was called positional cloning and gene mapping.

"The advantage of this technology is that there is no need to build any hypotheses or theories about which molecules are involved in the development of the disease,– says Evgeny Rogaev. – We did not rely on previous knowledge, otherwise we would not have been able to identify the genes of Alzheimer's disease. By checking the coupling of a gene with markers of all chromosomes, sections of the genome that are inherited along with pathology are identified. In this way, you can find any gene, even if nothing is known about its position and functions."

During the research, which involved families of patients from different countries of the world (USA, Russia, Italy, Germany and others), scientists found that 50-70% of patients diagnosed with early familial Alzheimer's disease had a gene on the 14th chromosome disrupted. Mutations of this gene, called "presenilin-1" or "pre-aging", cause the disease by the age of 30-60, within 5-7 years the patient's memory deteriorates sharply and complete degradation of personality occurs. No environmental conditions and external factors can prevent or stop the disease.

Later, scientists found out that the development of senile dementia is also associated with mutations in other genes, in particular, presenilin-2, which is located on the first chromosome. Violation of its structure is much rarer: in the first work of Rogaev (with co-authors) on the description of this gene, a mutation was found in families of Russian Germans living in the Volga region and in an Italian family. In the future, rare mutations in the presenilin 2 gene were found in many other populations.

To date, four genes have been identified, mutations and variations of which undoubtedly cause pathology or are risk factors for Alzheimer's disease.

The mysteries of an unusual enzymeWhen the preseniline genes were discovered, scientists knew nothing about their functions. 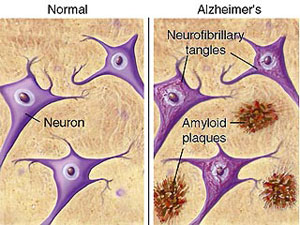 It was assumed that they encode a protein that penetrates the membrane of neurons in several places. But what the mechanism of its action was unknown. In the course of further studies, it turned out that presenilins cleave the protein of the amyloid precursor, forming a difficult–to-dissolve fragment - beta-amyloid 42, which accumulates in neurons in the form of plaques in pathology. The results obtained initially encouraged scientists: since the main pathological sign of Alzheimer's disease is the presence of amyloid plaques in the brain, it means that it is enough to suppress the action of the protein that forms them, and the disease will be defeated.

"But, alas, not everything is so simple,– admits Evgeny Rogaev. – It is obvious that presenilin is not intended to create plaques at all. Animal experiments testified to the importance of its action: when the presenilin genes were "turned off" in mice, they almost immediately died from hemorrhagic stroke or other disorders, for example, abnormal skeletal development. Later it turned out that this protein is an unusual enzyme that breaks down other proteins inside the membranes, in particular, receptors, which was previously considered nonsense due to the absence of an aqueous medium there. Interestingly, such an unusual cleavage leads to another previously unknown mechanism for transmitting signals inside the cell by switching genes on and off. It turned out that an intracellular piece of the receptor formed as a result of cleavage enters the cell nucleus, where it regulates the activity of certain genes. As a result, in addition to detecting the "genes of Alzheimer's disease", it was also possible to discover a fundamentally new mechanism of proteolysis (protein breakdown) and intracellular signals (signal transduction) in cells. But the formation of plaques turned out to be a side effect of the enzyme."

The task of studying presenilin proteins is still relevant, scientists need to figure out how to influence these molecules so that they suppress their action against the beta-amyloid precursor, but remain active to other proteins. If this can be achieved, then researchers will open up new opportunities for the development of drugs for Alzheimer's disease. For Professor Rogaev's research team, this is one of the key areas of work, along with the genetic diagnosis of senile dementia.

Breathe deeplyThe main problem of diagnosing senile dementia is due to the fact that not all patients have obvious genetic forms of the disease.

Although, according to Evgeny Rogaev, there is still a predisposition. Some time ago, scientists conducted studies of representatives of the Russian population, as a result of which they were able to answer one of the key questions: genetic or social factors determine the development of the disease. It turned out that the main role is played by disorders in genes.

In addition to mutations in presenelins that absolutely cause senile dementia, there are genes with incomplete penetrance, that is, their violations may or may not lead to disease. This applies primarily to the genes of apolipoprotein E (abbreviated ApoE). For example, one of the variants of the ApoE gene, called epsilon 4, occurs in people with Alzheimer's disease 3-5 times more often than in healthy people. However, it does not always lead to senile dementia, but only serves as a risk factor. Scientists from Professor Rogaev's laboratory are currently searching for such genes with a less pronounced effect on the development of the disease.

Another area of research is related to the identification of a universal physiological factor for all patients, by which the disease can be detected before its clinical manifestations. Recently, in collaboration with N. Ponomareva, the first studies were conducted in which people with the epsilon 4 haplotype of the ApoE gene participated. They were subjected to oxidative stress (forced to breathe very deeply), after which they did an encephalogram.

It was found that in people who had senile dementia patients in their family, the amplitudes of certain waves changed greatly. Moreover, this manifested itself already 20 years before the expected development of their disease, that is, at the age of 30-40 years.

"It is likely that the encephalographic indicator can serve as a kind of physiological marker for detecting the disease," says Evgeny Rogaev. – Including for people who do not have obvious genetic factors of pathology."

The scientists plan to develop a technology for the molecular diagnosis of Alzheimer's disease and its introduction into the practice of clinical institutions in the form of diagnostic kits.

To be treated so as not to get sickDozens of scientists around the world are working on the creation of drugs for Alzheimer's disease, millions of dollars are allocated for these developments in developed countries.

But so far, serious success has not been achieved in these studies: drugs can only improve the patient's well-being, but not cure it. 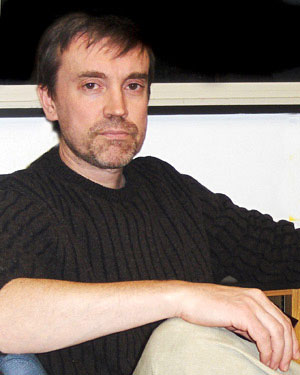 Existing drugs affect various systems: cholinergic (responsible for the transmission of nerve impulses), glutamatergic (for learning and memory processes), as well as neurotrophic factors (contributing to the growth and survival of brain cells). For example, the most common drugs that affect cholinergic systems are based on the fact that acetylcholine or cholinergic receptors die in Alzheimer's disease (as a rule, these are neurons of the temporal lobes of the brain). Drugs affect the enzyme cholinesterase, which leads to the degradation of neurotransmitters. If such an enzyme is inactivated, then acetylcholine (the signal transmitter of the neuron) will become more, signal transmission and, consequently, memory will improve. Based on this mechanism of action, it is clear that the disease associated with the death of neurons is not treated. Essentially, the work of the remaining system improves at the chemical and biochemical level, but not at the cellular level. Neurons are not restored, their further death is not prevented, the work of the brain does not improve. That is, it is a symptomatic treatment.

"Unfortunately, reductionist biology and medicine prevail today,– notes Evgeny Rogaev. – Researchers usually choose some structure, molecule or cell and try to study it in a limited model. At the level of the whole organism, taking into account various factors, it is difficult to work while creating medicines. Nevertheless, we are trying to use a systematic approach and want to develop a drug that will affect the root cause of Alzheimer's disease, and not the consequences when it is no longer possible to restore the dead neurons and remove the plaques that have formed."

To create such drugs, scientists are studying the work of mutant genes on specially obtained cell cultures (a cellular model of Alzheimer's disease was created in Rogaev's American laboratory) and transgenic animals. According to preliminary forecasts, it may take several years to develop the drug.

Direct speech
Evgeny Rogaev:
"The development of science in the USA is based on a tough competitive basis. When a competitive selection is held (and it is usually real) for the position of "head of the laboratory and professor" at the university, the first criterion is: can this person provide money for his work, is he able to compete in grant systems? And the second is related things – the level of his scientific publications, his achievements."
"When it comes to the return of Russian scientists from abroad, there is no need to invent anything. There is a worldwide practice, the experience of Japan and China. It is necessary to create good conditions for work and life. There should be special programs – but not only for those returning, but for everyone, on a competitive basis. On priority topics. Let everyone have access to participate in them, let the strongest compete and win."