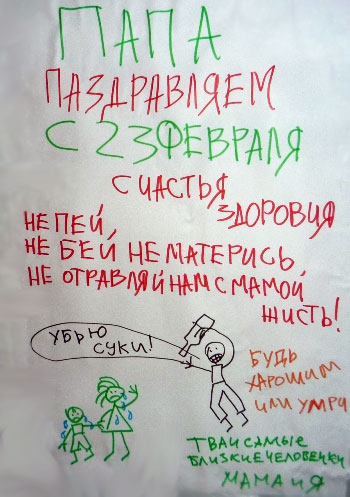 RIA News
Finnish geneticists have discovered a mutation in the 5-HT2B gene, the owners of which become aggressive after they consume a large amount of alcohol and which turned out to be quite common among Finnish residents, according to an article published in the journal Translational Psychiatry (Tikkanen et al., Impulsive alcohol-related risk-behavior and emotional dysregulation among individuals with a serotonin 2B receiver stop codon, publicly available – VM).
"The results of our genetic analysis also show that the owners of this mutation are more impulsive and sober, and that they are more likely to suffer from problems with lack of self-control, manic–depressive syndrome and other affective disorders," said Roope Tikkanen from the University of Helsinki (Finland).
Tikkanen and his colleagues discovered this mutation, trying to uncover the reason why many people who behave more or less adequately in a sober state begin to molest others, behave obscenely and get into fights.
Such episodes of violent behavior, as scientists have noticed, are characteristic of the same people, and they appear almost always, which made them think about whether there is a genetic background in the development of such a character trait. To verify their suspicions, geneticists turned to data accumulated during observations of families of quiet and violent alcoholics in the past years.
As it turned out, the DNA of Finnish drinkers who behave violently during a feast contains an unusual version of the 5-HT2B gene found among about 2.2% of the Finnish population.
This section of DNA is responsible for the assembly of so–called serotonin type 2B receptors, which allow neurons to respond to serotonin molecules - a signaling substance responsible for the transmission of signals between brain cells. An excess of serotonin and its excessive absorption is associated with the development of hallucinations and schizophrenia, and its deficiency is associated with the development of depressive syndrome and migraines.
Apparently, the unusual version of 5-HT2B, which is quite common among Finns, somehow causes disturbances in the transmission of serotonin signals, which forces its owner to commit rash and aggressive actions during intoxication.
Interestingly, this same mutation already attracted the attention of scientists five years ago, when another group of geneticists discovered that an unusual version of 5-HT2B is the reason why some residents of Suomi are really "hot Finnish guys" and have an extremely impulsive character.
In the near future, Tikkanen and his colleagues plan to conduct larger-scale genetic observations, during which they will try to confirm or deny the existence of a similar link between violent behavior in a drunken state and a mutation in 5-HT2B. If this discovery is confirmed, Finnish geneticists will try to understand how to deal with it, and will also develop a number of recommendations to practicing narcologists and social services staff.
Portal "Eternal youth" http://vechnayamolodost.ru
18.11.2015
Found a typo? Select it and press ctrl + enter Print version