Home for the microbe

Bacteria will be presented with "houses" printed on a 3D printer

Volumetric "houses for microbes" allow you to observe the reproduction of bacteria in conditions close to the conditions of real human or animal tissue. Details with reference to an article by scientists (Connell et al., 3D printing of microscopic bacterial communities) in the journal Proceedings of the National Academy of Sciences leads Phys.org (3-D printing allows scientists to design bacterial communities).

The technique described by the staff of the University of Texas makes it possible to build from gelatin almost any three-dimensional structure populated by one or more species of bacteria (here and further images of Jason Shear from the article in Phys.org – VM).

Unlike a simple Petri dish with a nutrient substrate or even a cell culture, such an artificial structure better mimics real biological tissues. The researchers populated the printed plastic cells (in the image taken with confocal fluorescence microscopy, they look red, and the bacteria are colored green – VM) Staphylococcus aureus and Pseudomonas aeruginosa Pseudomonas aeruginosa. Observing two pathogenic microorganisms, scientists found out that in this combination, staphylococci acquire resistance to penicillin-like antibiotics. 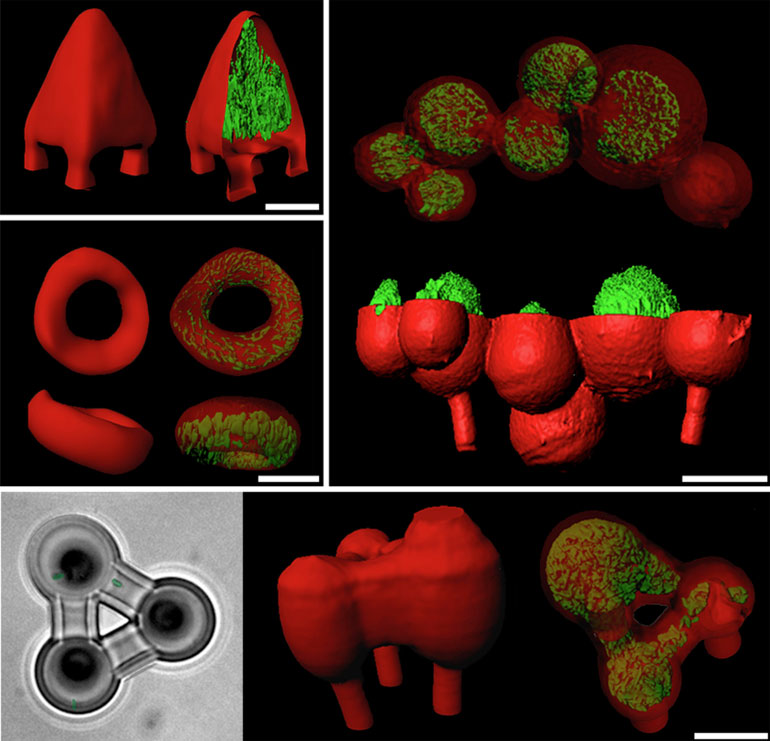 Scientists emphasize that the combination of bacteria studied by them is often detected by doctors in patients, so the work is not so much theoretical as applied. The creation of a more realistic substrate for microbiological research, according to the authors of the methodology, will allow us to find effective ways to combat not just individual bacteria, but microbial communities. 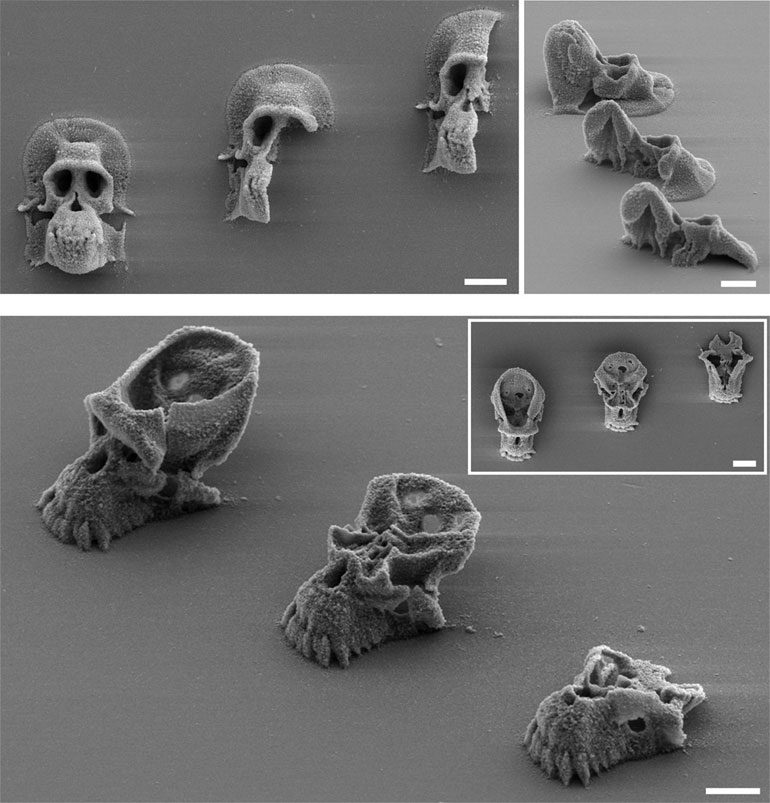 With the help of the developed technique, you can even make such chimpanzee skulls - VM.Earlier, another group managed to develop a technique for growing eukaryotic cells in micropyramids, but these structures were produced not by three-dimensional printing, but using angular lithography.

The importance of the microstructure of the substrate and the surrounding community for bacteria has become known not so long ago. Their "sociality" is most clearly manifested in biofilms, where bacteria of different species form complex structures that somewhat resemble real tissues. The stability of biofilms is strongly influenced by the mobility of bacteria, so recently scientists have proposed to artificially increase it in order to make the microorganism less "social" and, therefore, more susceptible to antibiotics.