Quantum dots are safe for primates

Quantum dots are tiny luminescent crystals that emit a bright glow of different colors. The potential range of their application in medicine includes surgical interventions under the control of a luminescent image, light-activated drugs and sensitive diagnostic tests.

The most studied are cadmium selenide quantum dots, the scope of possible application of which is not limited to medicine, but extends to the production of solar cells, quantum computers, LEDs and much more. Depending on the size of the particles, they luminesce with all the colors of the rainbow. 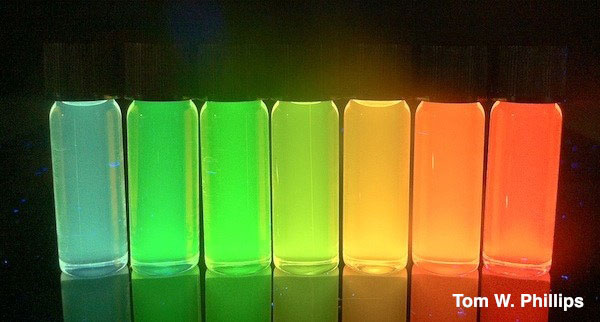 However, as with other types of nanoparticles, experts express concern about the possible toxicity of quantum dots to the human body. Until now, safety studies have been conducted on rats and mice, whose physiology, including resistance to toxins, is very different from human, so testing on more adequate animal models is a prerequisite for the introduction of methods based on the use of quantum dots into clinical practice.

Scientists from the University of Buffalo, USA, the Chinese Changchun University of Science and Technology and Singapore Nanyang Technological University, working under the leadership of Paras N. Prasad from the University of Buffalo, conducted a safety study in which they injected four rhesus monkeys with cadmium selenide nanocrystals. The health status of all animals did not change and remained stable for 90 days after the procedure. The results of general and biochemical blood tests throughout the entire period remained within normal values, while the animals did not register any violations of vital organs and a decrease in body weight.

In two monkeys, additional monitoring of which was carried out during the year, also no deviations from the norm were detected.

However, the authors warn that additional studies are needed to accurately determine the long-term effect of nanocrystals on the primate body. They note that most of the potentially toxic cadmium accumulated in the liver, spleen and kidneys of the animals observed for 90 days. According to experts, this fact is of the greatest concern and requires further study. Perhaps because of the ability of internal organs to accumulate cadmium, the use of quantum dots should be limited to techniques for which a small dose of nanoparticles is sufficient, such as controlled surgical interventions, during which one dose of luminescent crystals is sufficient to visualize a tumor or another target zone.