How Robert Duggan became a Billionaire 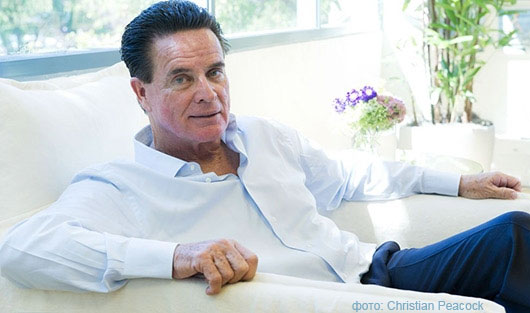 Robert Duggan was on vacation in Tampa, Florida. Everything is as usual: a visit to the Scientology center (he is the main financial sponsor of the organization) and a date with one of the most famous supermodels. The vacation was interrupted by a call from a member of the board of directors of the biotech company Pharmacyclics, of which Duggan was an investor: the entire board resigned to give way to new directors from the list proposed by Duggan. Duggan at that time owned a confectionery manufacturer, invested in Ethernet and robotic surgery, but knew nothing about how to run a biotech company. Nevertheless, he accepted the challenge. It was in 2008. Six years have passed – and Duggan has become an incredible billionaire. The company's shares have since risen 40 times, Duggan's share has risen in price to $1.4 billion.

Duggan says that after his son's death from brain cancer, he "knew more about malignant tumors than the average passerby, because he had to look for funds that would improve his condition." However, Xcytrin, a brain cancer drug, did not promise quick profits. Despite this, Duggan kept his company Pharmacyclics afloat by buying shares that no one wanted to buy, invested $50 million of his own funds in it and eventually led to prosperity.

When Duggan first started buying up shares of Pharmacyclics, he wanted to support Xcytrin, not bury it.

His goal in 2008, as he himself says, was to "use all available means to support Pharmacyclics and make it achieve new successes." Then the CEO and founder of Pharmacyclics, Richard Miller, used pressure tactics on the FDA regulator to force it to give approval for Xcytrin. This unfortunate move caused the stock price to fall.

Duggan likes to talk about "body harmony" (according to this concept, it is necessary to force the body to cope with the disease on its own) and about "human–friendly" medicine - this idea was the basis of his company Computer Motion, which was engaged in robotic surgery and which he sold in 2003 for $ 68 million. According to this concept, treatment should be safer due to, for example, the use of robots in heart surgery.

A brilliant breakthrough idea. But can a manager without any experience in the development and promotion of medicines create a successful pharmaceutical company? At the first stage, you may be lucky, but further steps in the biotechnology business are difficult: 56% of companies that received approval of their medicine by the FDA (Federal Service for Drug and Food Control of the USA) in the period from 1950 to 2011, managed to do it only once. Duggan's achievements in the field of developing new drugs still look unconvincing.

Once at the helm of the company, he immediately created a nine-person commission that was supposed to help him develop a strategy for promoting Xcytrin. The members of the commission unanimously voted that this drug has no chance. However, Duggan continued to believe that Xcytrin could have been successfully promoted if Miller had done everything right from the very beginning. However, it doesn't matter anymore.

Medicine for quotesMiller has been eyeing the drug Imbruvica for a long time.

He bought the rights to this drug in 2006 from Celera Genomics, a company famous for being one of the first to decode the human genome. Pharmacyclics paid only $6.6 million directly for Imbruvica. Miller hired specialists from Celera who knew this drug well, and, according to him, he himself developed a clinical trial scheme. "I really think this drug could be a bestseller in oncology," he says.

When Duggan proposed a new list of the board of directors, the former directors, realizing that there was a struggle ahead that they were unlikely to win, resigned themselves. One member of the council started talking about reconciliation, but Miller refused to compromise, and Duggan refused to cooperate. Resentment remained with both.

In December 2010, at a conference on blood cancer, data from clinical trials were announced that confirmed the effectiveness of Imbruvica. Duggan was lucky. The drug proved to be effective in the treatment of chronic lymphocytic leukemia – 58% of patients who were not helped by all other medications showed a reaction to treatment that lasted from almost six months to a little over two years. It is also successfully used in the treatment of another rare disease – lymphoma from the cells of the mantle zone. In 2011, Johnson & Johnson signed an agreement to invest $975 million in the development and promotion of this drug, ahead of other pharmaceutical giants. Pharmacyclics shares soared.

But Duggan's efforts to create a successful medical company have run into obstacles. For example, he hired industry veteran Lori Kankel, who was supposed to lead the development of new drugs.

He called her a genius, but she quit after 19 months, saying that she had completed her task by obtaining the approval of Imbruvica.

And now Wall Street has become disillusioned with Pharmacyclics, and the stock has fallen by 12% since the beginning of the year by April. They are already lagging behind the iShares Nasdaq Biotechnology Index, which has declined by 2% since the beginning of the year. Joffrey Porges, an analyst at the research company Sanford C. Bernstein, who has good experience working with stocks of biotech companies, warns investors: another drug for lymphoma produced by Gilead is very similar to Imbruvica. Jacqueline Barrento, a professor at the Jewish Medical Center North Shore-Long Island, who worked on clinical trials of both drugs, believes that they have the same effectiveness, although Gilead pills are more likely to cause diarrhea.

But Duggan still talks about plans to create a new successful pharmaceutical company based on Imbruvica. The staff of Pharmacyclics has already increased to 500 people, and Duggan assures that the company has other promising developments. "Now is the time for this business," he says. – You create a company, and you have resources and a development mechanism, because there is a strategy, a leader, effective management."

Laurie Kankel, who left Pharmacyclics, nevertheless believes in Duggan. "He took the company to a new level," she says, adding that "Bob is a skilled merchant," and Imbruvica is still a revolutionary drug. He has the potential of a blockbuster – if he, bypassing all the obstacles of the FDA and prolonging the life of patients, manages to increase his market share. But all these tasks require time, labor costs and something more than just luck. That's the catch with the pharmaceutical business: rapid success is usually just the beginning of the case.