For the first time, heart surgery was done via the Internet

Cardiologist Tejas Patel, who works at the Apex Heart Institute in Ahmedabad (Gujarat, India) conducted a series of five percutaneous coronary intervention procedures for patients who were tens of kilometers away. The operations were performed using an accurate vascular robot developed by Corindus. The results are published in the Lancet journal (Patel et al., Long Distance Tele-Robotic-Assisted Percutaneous Coronal Intervention: A Report of First-in-Human Experience).

During remote operations, the doctor used the work of Corindus CorPus GRX connected to the Internet. The control was carried out using a set of joysticks and a video monitor. 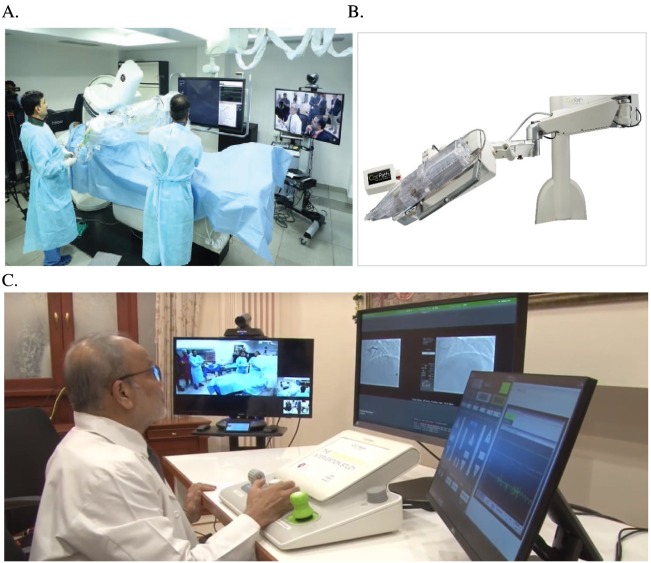 The operations were successful, and all five patients achieved their therapeutic goals. The very next day, all the volunteers were discharged from the hospitals home.

According to the effectiveness of the performed operation, experts assessed it as equivalent to the standard one, when the doctor works with his own hands, and not with robot manipulators.

The use of telemedicine technologies, which can be used to decentralize healthcare through the virtual distribution of doctors, will help preserve the health of thousands of people and reduce budget costs. The results of the operations performed by Patel open up new opportunities for telemedicine in the field of surgery.

Another breakthrough in medicine was made in Japan. There, the patient underwent the world's first corneal transplantation from induced pluripotent donor stem cells.