Do not prevent children from crawling in the mud!

"The hypothesis of [excessive] hygiene, according to which excessive protection from microbes in the early stages of life is one of the main components that subsequently form an inadequate response of the immune system to harmless foreign substances and even proteins of its own body, which leads to various allergic and autoimmune diseases, has been known for a long time.

Adherents of this hypothesis believe that it explains the increase in the incidence of allergic and autoimmune diseases among urban residents around the world. The hypothesis also explains exactly what changes (for example, antibiotic treatment at an early age) led to these consequences.

However, until now, the hygiene hypothesis has not had direct scientific proof. This gap was at least partially filled by American researchers from the Women's Hospital. Brigham, Harvard University, Boston, Massachusetts, working under the direction of Richard Blumberg and Dennis Kasper.

As part of their research, they studied the immune status of gnotobiont mice used in various studies (their body is sterile and does not contain bacteria and other microorganisms), with the immune status of mice living in normal conditions inhabited by a variety of microbes.

The data obtained showed that the "sterile" animals were characterized by a significantly increased inflammatory status of the mucous membranes of the lungs and large intestine, which resembled asthma and colitis, respectively. The reason for the condition observed in animals was the excessive activity of a unique class of immune cells of T lymphocytes - invariant natural killer T cells (iNCT cells). The existence of a relationship between this phenomenon and the listed diseases in mice and humans has been demonstrated earlier.

More importantly, scientists have found that placing newborns (in the first weeks of life) of sterile mice in conditions containing normal microflora ensured the formation of a fully functioning immune system in them and prevented the development of diseases throughout life. It should be noted that in adult gnotobiont mice, the transition to normal conditions did not affect the state of immunity.

The observations made fully correspond to the postulates of the hygiene hypothesis. Researchers believe that knowledge of the mechanism underlying the formation of a full-fledged immune system will help specialists identify factors that play a key role in protecting the adult body from allergic and autoimmune diseases. However, they also note that in order to obtain unambiguous results, it is necessary to conduct research with the participation of people. 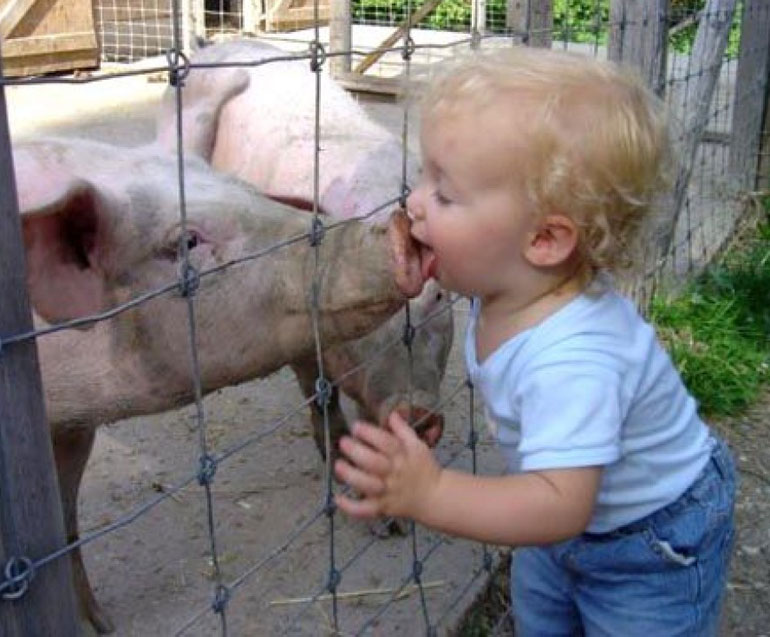 Evgeniya Ryabtseva
Portal "Eternal youth" http://vechnayamolodost.ru based on the materials of Brigham and Women's Hospital: Who Knew that Germs Might Sometimes Be Good for Us?26.03.2012