Cancel aging: how and why

"A person ages before birth"
Aubrey De Grey, world-renowned biogerontologist: And even so, he should live 200 yearsAt the end of February, Cambridge scientist, Chairman of the Methuselah Foundation Aubrey De Grey, who can be called a "scientific theorist" of radical life extension, arrives in Russia for the first time. 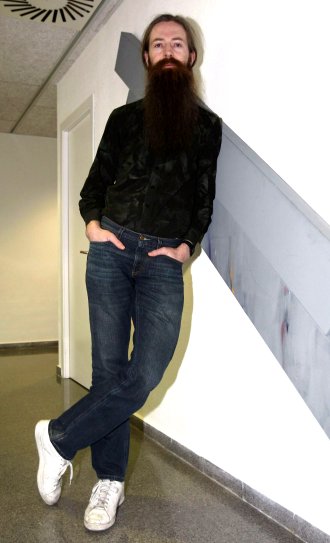 In hundreds of laboratories around the world, researchers are actively practicing mainly on bacteria and rodents, trying to make them live longer than usual. But few of them analyze these results in relation to the possible longevity of a person.

Aubrey De Grey is one of the few who openly declares that science can radically prolong people's lives, and suggests a way to achieve this. And in this sense, he can be called a dissident.

And also because of his appearance: a long beard, "non-uniform" clothes for scientific circles, giving him the image of a hermit. But behind this image lies a very communicative scientist who gives 55 lectures a year, and an excellent organizer who managed to unite more than a hundred experimenters of different views in his SENS program.

– Dr. De Grey, there is a lot of disagreement among scientists about aging. It's not even so much about the methods of dealing with it, as about what it is. For example, why does it manifest itself at the end of life?

– I believe that due to the fact that the normal metabolic processes in the body, thanks to which we live, give accumulating side effects. Such as the loss of cells or the formation of "indigestible" molecules. For a long time, these injuries are of a private nature and are not able to affect the body as a whole, but, in the end, there are so many of them that physiological functions deteriorate sharply.

However, the aging process itself begins, as recent studies show, even before we are born. The first signs of atherosclerosis can be found even in a newborn. Recently, Leonid and Natalia Gavrilova, Russian researchers working in the USA, proved that from birth we accumulate a lot of defects that are the beginning of aging.

– To what extent is genetics involved in this?– In a sense, aging does not depend on genetics at all, because it is caused by damage that accumulates during life.

On the other hand, it is completely genetically determined, since some species in nature live longer than others, due to the fact that they have a more advanced anti-aging apparatus, which is encoded by genes. But about 25% of the aging processes within one species are also genetically determined: this is the percentage of variations in the life expectancy of individuals dying from age-dependent causes that can be explained using genetics.

– Scientists who mainly work with fruit flies, nematode worms, can succeed in studying the mechanisms of aging in relation to humans?– In a sense, yes, because many fundamental mechanisms are common.

But using the nematode model, we have probably exhausted all possibilities of obtaining knowledge about similar mechanisms in humans. Because the fundamental things common to all living things are known to us, and the "individual" ones peculiar to different species and to humans in particular, nematodes will not help us to find.

– Is it possible to suggest methods of combating aging in such an unclear situation?– I believe that it is necessary, and this is my disagreement with many gerontologists who suggest, before doing anything, to learn as much as possible about aging.

I am sure that you can achieve a lot right now without going into details.

– But how can you interfere without understanding?– After all, we are intervening without having precise knowledge about why a cancer has arisen.

Medicine in general often performs effective actions that are not based on accurate knowledge.

Take, for example, atherosclerosis, this "number one killer" in developed countries. We have an approximate idea of how it develops and what it leads to. But we can mechanically destroy the tissue of an atherosclerotic plaque without knowing how this plaque grows. From what we know about aging today, we can identify seven key points and try to influence these "weak links". This is my "Strategy for Achieving Negligible Aging by Engineering Methods" (SENS). The goal is to create a technology accessible to every person, with the help of which it is possible to restore the body to any degree of rejuvenation and maintain it in this state for any time. I can name these key points: replenishing cell loss; elimination of chromosomal mutations; elimination of mutations in mitochondria; getting rid of unnecessary cells; getting rid of extracellular cross-links; cleaning of extracellular debris, cleaning of intracellular debris.

All these tasks are, in principle, solvable, and with adequate funding for initial preclinical studies, a therapy will appear within a few years that will add at least 30 healthy years to the existing 60. For 20-30 additional years of healthy life won with its help, a new generation of even more advanced methods will appear, and so on.

– Indefinitely? It is interesting that you are offering something that many people do not want to accept or even accept. They don't want to live many times longer, even if this life is healthy. Why?– Until recently, there was no hope that the aging process could be stopped.

Everyone knew they had to die and there was nothing they could do about it. And people have learned not to think about it. For self-defense, they came up with arguments in favor of the fact that aging is necessary, that it has its advantages. And now we, the Methuselah Foundation, are spending a lot of effort to explain what we are doing. Yes, our goal is to make life long, but it is equally important to ensure that this life is healthy. But diseases are in many ways an accompaniment of old age. We don't accept illnesses, but old age does. If you ask anyone if they want to get cancer or Alzheimer's disease, the answer is "no." Then we say: we have a research program that is developing a therapy that can protect people from these diseases, but it will prolong life up to 200 years. Then they say, "This is great, we will give money for it."

– Aubrey, how did you come up with the idea of radical life extension? As far as we know, you didn't immediately become a biologist…– From a very early age, it seemed to me that death was bad, but at the same time I had no doubt that it was a medical problem that would be solved sooner or later.

I thought that's what biologists should be doing. I myself took up computer science and computer programming.

I got married in 1990. My wife is a biologist, at that time she was an American professor, temporarily working at Cambridge. We talked about many things, but never about aging, and for me it was strange. My wife said that in fact – aging is not so important. I was shocked, because from my point of view, this is the main problem of biology.

I soon discovered that many scientists think the same way. And I decided that there was no alternative – I should become a biologist myself. I considered my previous area of interest – artificial intelligence – to be very important, because it is one of the ways to improve people's lives. But then I realized that stopping the aging process is a much more important task.

– Why don't scientists want to talk about the possibility of radical life extension? After all, unlike ordinary people, they have information, and readiness for a negative result is a professional quality for them?– Most of those who have been engaged in aging over the past decades are gerontologists, the meaning of whose work was to try to understand the aging process and adapt people to old age.

– But there are hundreds of fundamental scientists connected with the problem experimentally. For example, they study the so-called "aging genes", but they do not want to talk about the possibility of stopping the process itself. Why?– Experiments of many scientists can prolong the life of a cell, the simplest organism, but I don't think it will work at the human level.

However, most researchers are silent not because of this, but because they are afraid of losing funding. They depend on the very philistines who do not want to be charged with excessive optimism, and therefore are careful.

– Nevertheless, the researchers participating in your SENS program are serious experimenters. Does it bother them?– SENS is designed so that every study can give practical benefits today.

For example, the people I finance are working on the topic of mitochondrial DNA transformation in the nucleus (I won't explain what it is). They do this because most age-related diseases are associated with mutations occurring in the mitochondria of the cell. And they are officially fighting these diseases, not aging on a global scale.

– Are you going to finance research in Russia?– There is a very strong gerontological school in Russia.

But more importantly, there are biologists here who are engaged both in studying the aging process and in finding ways to combat it. It will be a great pleasure for me to discuss various aspects of the problem with them, even if we are not in solidarity with each other in everything. In addition, I'm going to discuss anti-aging strategy issues with Russian foundations, including the Science for Life Extension Foundation, which organized my visit to Russia. But the main thing is communication with young scientists, students, and the public. I'm going to give public lectures. The name sounds something like this: "Cancel aging: how and why."