Interview with an American woman who rejuvenated herself by 20 years

The recipe of her youth remained a secret

Scientists are skeptical about Elizabeth Parrish's statements. Correspondent of "Gazeta.Ru" asked the woman, but she did not understand what she injected herself and why she was younger by 20, and not by 30 years at once.

Women from all over the world are trying to rejuvenate themselves in a variety of ways – with the help of ultrasound, vacuum massage, laser resurfacing. But the American Elizabeth Parrish decided to reverse the aging process with the help of gene therapy. According to a 45-year-old woman who decided on an unusual experiment nine months ago, her telomeres (the end sections of chromosomes) have become "younger" by 20 years.

Doubts are caused by the fact that no scientific publication has yet written about the results of therapy. In addition, the following point is confusing: Parrish is the founder and director of BioViva, which develops an "anti-aging drug" and plans to sell it. Correspondent of the science department of "Gazeta.Ru" decided to try her luck and personally ask Elizabeth questions that concern many scientists dealing with the problem of aging, because all this time the information in her releases was extremely stingy. The details of the experiment were not announced, they were replaced by a lot of common phrases and loud promises. Whether it is possible to assume that the answers to the questions of interest to many have been received, it is up to the readers to judge. 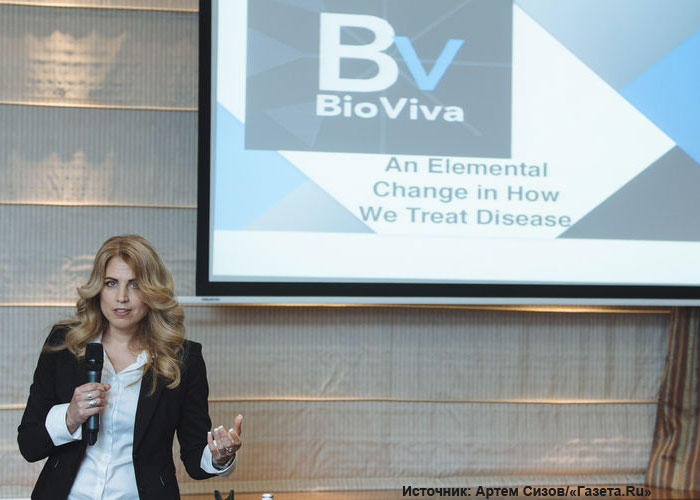 – You are the founder and director of BioViva, which sets ambitious plans to make healthy longevity technologies accessible to everyone. The question arises: isn't your experiment a regular PR move? What can you say to those people who think that your rejuvenation was needed solely for the sake of profit?

– I think in the future we will be able to laugh at this question. There are hundreds of studies that prove the fact of the effect of such therapy. And BioViva's goal is not to become a rich company and earn a lot of money from genetic therapy. We are trying to inspire people, to give them the strength to help us in promoting this therapy.

– When will the results of your rejuvenation be published in a scientific journal?

– Since this is our main study, we expect to conduct clinical trials in the future. My personal test is regarded as a key study. And we are collecting scientific data now. At the moment they don't have much value because they are not too extensive.

– What specific material did you inject into your vein and where did it come from? How was the volume and concentration of this material calculated?

– There are two genes. One is responsible for the production of telomerase, and the other is responsible for the production of a protein that blocks telomere elongation... We can't give more information – this is confidential information (the invitation to the meeting mentioned stem cells, but this word was never mentioned on it – "Newspaper.Ru»).

Someone has messed up something here: judging by previous reports, the brave experimenter introduced into her body the genes of telomerase, an enzyme that restores the length of telomeres, and follistatin, an antagonist of another protein, myostatin, which suppresses muscle growth. Parrish has not written about stem cells anywhere; at the same time, both participants in the conversation constantly confuse gene and cell therapy – VM.

– The first thing we did was to take blood tests and save them. We have a number of samples. We got all the blood tests I've done in my whole life, it was possible. And of course, skin samples, MRI. And we also did an ultrasound scan of the arteries. And they did a test for telomere length, as well as a test for hormones. All this continues to be investigated, I continue to take the same tests after rejuvenation.

– Have any improvements been found?

– Data changes all the time. We will explore them this year, next year... Most scientific research takes years. But most importantly, we noticed telomere lengthening.

– Is genetic therapy more needed to maintain beauty or for better functioning of the body?

– Let me remind you: the main reason why we are attracted to youth is the healthy look of our body. Skin, brain, liver, stomach, kidneys – our genetic therapy targets all these organs. In the past, we could only do surgical operations – tighten the skin, for example. But this is not health. And this gene therapy works for the whole body to rejuvenate all your organs. If your skin looks good and young, but your liver refuses to work, then you are dying. Any organ in the body is very important.

– In one of the interviews, you said that you want to prove to the whole world that a person's youth can be prolonged with the help of science. It turns out that your experiment also has a popularizing function?

– The fact that a person's youth can be prolonged should be known to everyone, the whole world. Everyone should want it. Because we are talking about biological age, and this is health. And health is the most important thing in our life.

– Last question. You want to open a rejuvenation business in Russia, but there is no legislative framework for cellular technology in our country. How are you going to overcome the problems? What is the estimated cost of therapy for the consumer?

– We work with groups of people who help the government to adopt these legislative bases...

– And what is the estimated cost of therapy for the consumer?

– To build the gene therapy system itself is like building the first computer. It is expensive. But in the end, everyone will have a controlled device on their hands – like smartphones, which everyone now has. Now such therapy is expensive, however, when we can implement it, the price will become affordable. This is what we expect.