Prolonging youth: to be continued

The elixir of youth. It is already being prepared in Russian laboratoriesIndira Kodzasova, AIF from 02.12.2009 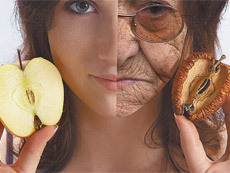 Old age can be avoided and remain young until old age, not only in soul, but also in body...

This is the opinion of Vladimir Skulachev, academician, scientific director of the largest Russian biomedical project, and his deputy Maxim Skulachev. The goal of the project is to create an affordable cure for old age. It has already been dubbed the "elixir of youth" and tested on animals.

The experimental mice retained all the signs of a young organism – the speed of reactions, the density of wool, the ability to reproduce offspring, while their peers faded without medication. Is this fiction or reality? And how soon will the medicine reach a person?

– According to the first, aging is the process of accumulation of random errors in our cells, tissues, organs. This leads to their gradual weakening. Eventually, the number of mistakes becomes incompatible with life, and the person dies. With the accumulation of random errors, almost nothing can be done. Biologists are not yet able to create something new in living systems. Another point of view is based on the fact that we age for a reason, but as a result of the action of a special program embedded in our genes. Thus, nature selects those whose genome responds best to external factors. But man has not adapted to the environment for a long time, he remakes it for himself and does not need aging as an evolutionary tool. That is, a special program can be "broken", interfere with its implementation, since it is not necessary.

The idea of the future medicine is based on the theory of American scientist Denham Harman, who suggested that aging is directly related to free radicals and oxidative damage to the body.

– We noticed that the free radicals that damage our cells are taken not only from the external environment, but are formed mainly inside the cells themselves, – continues Vladimir Skulachev. – It happens like this: the cell processes nutrients with the help of oxygen. Almost all the energy from this process is spent for the benefit of the body. Almost, but not all. About 1% goes to the formation of those free radicals in the cell – a poison that damages all our tissues and organs. And the older we get, the more venom is produced in a certain part of the cell – the mitochondria. We believe that this is the result of the activities of the very "aging program". It is necessary to remove this excess of radicals. Make sure that the mitochondria of a 70-year-old person have them in the same amount as a 25-year-old. And then, perhaps, we will be able to deceive nature and get rid of the process of senility.

To combat the aging program, scientists suggest regularly taking special substances that will allow you to place an antioxidant inside the mitochondria with an accuracy of several nanometers and protect them from free radicals.

– There is nothing incredible about the substance itself. Yes, this is a subtle organic synthesis, and you can't do it "on your knee" in the garage, but literate people who still remain in our country can do it," Maxim Skulachev explained to AIF. – The power of nanotechnology is also manifested in the fact that the substance is needed in minuscule quantities. Thus, the final drug is unlikely to cost substantially more than aspirin, which means it will not turn into a "golden pill" available only to the rich.

It's too early to write off RussiaThe project started in 2005.

It is attended by more than 300 scientists, mainly from Russia, but there are also participants from the USA, Sweden, Germany. A huge amount of work has been carried out on laboratory animals. The hypothesis about the possibility of canceling the aging program is finding more and more confirmation.

– We are preparing to move on to clinical trials of our first drug on volunteers. This is not yet a "pill for old age", but so far only drops from some senile eye diseases. If the drops work, it will be possible to talk about "pills". It's not about immortality. We are rather counting on an increase in the period of youth, we are struggling with age-related decrepitude of a person. Together with old age, it may be possible, if not to win, then at least to postpone senile diseases for many years. It is likely that we will "live up" to some new cause of death, - says Vladimir Petrovich.

The project exists exclusively on private finances. It has not yet been possible to attract funds from the state.

– It seems that officials are terrified of really breakthrough projects, because they inevitably involve risks. Our project has two investors – Oleg Deripaska and Alexander Chikunov (president of Rostock). They were not afraid to risk a lot of money to support Russian science and prove to the whole world that Russia was written off early in the field of high technology," the Skulachevs say.