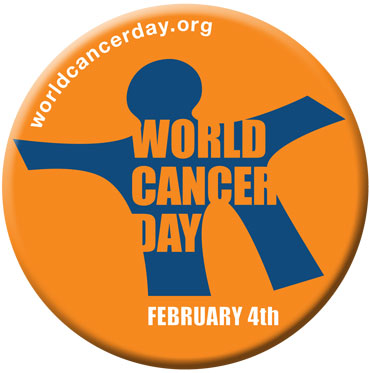 It was established by the International Union Against Cancer (UICC) in order to attract the attention of the world community to this global problem, as well as to raise awareness and awareness of how dangerous and widespread oncological diseases are.

Every year, the World Cancer Day has its own theme. In 2014, as in 2013, it is dedicated to debunking biases related to the perception of cancer, and will be held under the slogan "Debunk myths". (Debunk the myths).

This year's campaign aims to overcome four key cancer–related misconceptions: first, "We shouldn't talk about cancer," second, "There are no signs or symptoms of cancer," third, "I can't do anything with cancer," fourth, "I don't have the right to cancer treatment.".

Cancer is a common designation for more than 100 diseases that can affect any part of the body. Sometimes terms such as malignant tumors or neoplasms are also used to refer to these diseases.

A characteristic feature of cancer is the rapid formation of abnormal cells that grow beyond their usual boundaries and are able to penetrate into nearby parts of the body and spread to other organs. This process is called metastasis. It is metastases that are the main cause of death from cancer.

Cancer develops from a single cell. The transformation of a normal cell into a cancerous one occurs during a multi-stage process representing the development of a precancerous condition into a malignant tumor.

Every year, 14 million people get cancer in the world.

The most common types of cancer among men and women differ from each other. Men are most often diagnosed with lung cancer, stomach cancer and prostate cancer. In a number of countries, prostate cancer in men comes out on top. In women, breast cancer is in the first place.

In pediatric oncology, most diagnoses are associated with malignant diseases of the blood and lymphatic system, or with malignant tumors of solid structure, most often sarcomas.

About 70% of all cancer deaths occur in low- and middle-income countries.

About 30% of cancer deaths are caused by five main risk factors that are associated with behavior and nutrition, such as a high body mass index, insufficient consumption of fruits and vegetables, lack of physical activity, tobacco and alcohol use.

Cancer-causing infections such as hepatitis B and C viruses (HBV/HCV) and papillomavirus (HPV) account for 20% of cancer deaths in low- and middle-income countries.

If the situation does not change, by 2030, the incidence of cancer may reach 21.4 million cases per year.

In May 2013, at the 66th WHO session in Geneva, a new version of the World Cancer Declaration was unanimously adopted, developed within the framework of the WHO Global Action Plan for the Prevention and Control of Noncommunicable Diseases for 2013-2020.

Among the main tasks of this document is the implementation and development of effective disease control programs, ensuring by 2020 universal access to screenings for early detection of cancer and broad access to essential medicines and technologies for treatment.

Also among the main goals of the Declaration are the development of a policy of palliative care, universal anti-hepatitis vaccination, improvement of education and training of health professionals, reduction of the impact of preventable factors of cancer development and the fight against myths and prejudices associated with cancer.

To achieve these goals, it is necessary to transfer the issue of cancer control to the state level, to make it one of the priorities of the national health of the countries of the world.

In Russia, the National Oncology Program has been implemented since 2009.

According to the Ministry of Health, about 2.8 million Russians (about 2% of the population) live with a diagnosis of cancer.

Every year, 505 thousand Russians are diagnosed with cancer for the first time, from 3 to 3.5 thousand of them are children.

At the same time, there is a tendency to an annual increase in the incidence of about 1.5%.

Among the causes of death, oncology ranks second in Russia, second only to cardiovascular diseases. Due to oncological diseases, 300 thousand patients die every year, which is 10 times more than die in car accidents.

One of the causes of high mortality is the untimely diagnosis of the disease. Almost 43% of cancer patients in Russia seek help from specialists in the last stages of the disease. This indicates the low qualification of primary care doctors, as well as the unwillingness of patients to undergo examinations on time, the weak organization of the general medical network in the country.

At the same time, oncological patients lose on average from three months to a year from the moment they go to the doctor until the diagnosis is established, and they have to wait up to seven months for the queue for surgery.

Only about 4% of cancer patients in the regions of the Russian Federation and 16% in Moscow receive the necessary anesthesia.

Less than 10% of patients with end-stage cancer have access to palliative care.