The personal life of yellow-bellied voles (Microtus ochrogaster) has been of interest to scientists for many years. The fact is that these rodents are strictly monogamous: they choose a mate for life and break the connection with a partner only in laboratory conditions, when biologists activate or deactivate individual genes, interfere with their brain work mechanically and expose mice to chemicals. Because of their strong attachment to a partner, voles are considered ideal model animals for studying monogamous relationships.

This time, biologists have tested how the relationship in a pair of voles is affected by the difference in alcohol consumption. Andrey Ryabinin, an employee of the University of Oregon, and his colleagues continued experiments with voles and alcohol, started in 2015; then scientists proved that M.ochrogaster (by the way, the only rodents who voluntarily drink alcohol-containing beverages) may sometimes prefer alcohol to their partner.

The difference in consumption was created artificially: some animals were given drinkers with alcohol and clean water, others – only with alcohol. After a week of the experiment, a pair of voles were given the opportunity to communicate with other mice.

The results of the new experiments turned out to be very different for males and females. When hard-drinking males were given the opportunity to change partners, they did so if their own partners drank less. The females, who had access only to a drinking bowl with alcohol, showed no interest in the new males. If the mice drank the same amount of alcohol per day, the pair did not break up.

This behavior of rodents suggests that social behavior towards partners who are regularly exposed to intoxication has not only a social, but also a biological background. The mechanisms governing this behavior have yet to be explored.

Ryabinin presented a report on the results of the study at the annual meeting of the Neurobiological Society in Washington (abstracts are available when subscribing to the society's website), the New Scientist magazine (Prairie vole partners split up if one drinks more than the other) briefly tells about the report.

In the behavior of voles, some similarities can be found with the behavior of humans, but it is completely impossible to transfer the results of experiments with rodents to humans, the authors of the study warn. 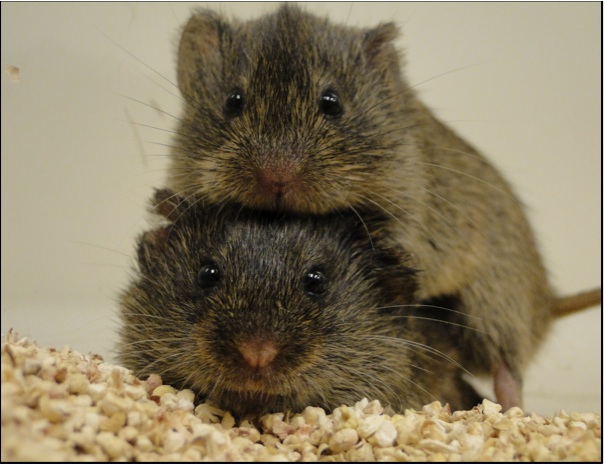